A young fathers dream to take his family to the zoo 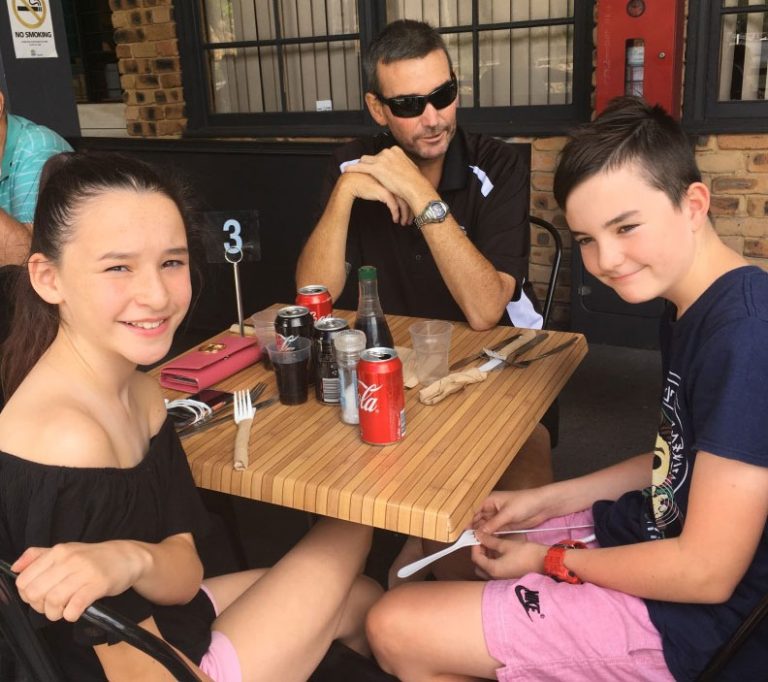 Darren's wife Trish wrote to us with the following beautiful words.

"Darren is the father of two magnificent humans beings, 12 year old Ty (boy) and Charli (girl). He is the world to both and is commonly known in the Jones household as "The Unicorn" because he is perfect and farts rainbows in the kids eyes.

Darren is 49 and has metastatic cancer.

In June 2015 Darren was diagnosed with cancer. Despite chemotherapy, just a year later the cancer had metastasised.

Over Christmas Darren was hospitalised for 17 days. Upon his discharge he met with his Oncologist. Darren was of the genuine belief that he would simply start chemo again and he would continue on with the fight. Sadly his Oncologist advised Darren due to the advancing nature of the cancer, he was not going to offer him further treatment.

We were advised that we needed to start making plans to prepare for the inevitable.

Our beautiful palliative care doctor shared the flyer for Dreams2Live4 with us and encouraged Darren to make contact with the Dream Makers.

For our dream we travelled to Australia Zoo. It saddened me to see Darren having to move around the park in a wheelchair however we realised his love for his kids was bigger than his own sense of self. He absolutely loved the park. It was the first time I have seen Darren relax in a long time, he smiled and laughed, something I had not heard in a while. It was just easy and cancer didn't live in our life that day. It was perfect.

I would like to express our deepest thanks the amazing Dream Makers behind the scene and supporters of Dreams2Live4. We will never have the words to express how thankful we are. I hope in the future we can give back and let our actions speak for our words.

I would encourage anyone in our situation to allow yourself to be a bit vulnerable for the greater good of living a dream if but for a short time and accept the help provided by Dreams2Live4," wrote Trish.

The Team at TL Rentals donated $5 for every contract they signed. Thank you TL Rentals for making Darren's dream come true.