My favourite day was meeting the lifeguard crew 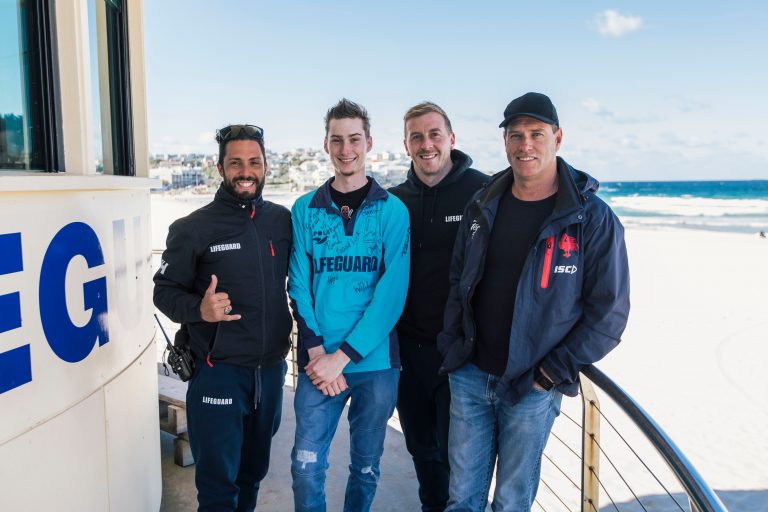 A cancer diagnosis was the last thing 18-year-old Easton Robertson from Caloundra and his family expected when he went to hospital in April because of severe stomach pain- but since then their lives have been a whirlwind of medical and hospital visits.

Easton’s dream was to “have a carefree weekend away in Sydney with my family, making new memories and to meet the Bondi Rescue Crew.” Thanks to Dreams2Live4 his dream came true.

“We spent three days in Sydney but the highlight was definitely visiting the Bondi Lifeguards. I have always been a fan so I was thrilled when I heard that Dreams2Live4 had organised for me to meet them,” said Easton.

Easton, his sister Airlee and his Mum Shoal and father Michael were met by Bondi Rescue star Bruce Hopkins who introduced him to the lifeguards on duty Will, Chappo and Mario.

Easton and his Dad enjoyed a tour of Bondi Beach on the dune buggy and at the end of the visit, he was presented with a signed Bondi Lifeguards jersey.

“My favourite day was meeting the lifeguard crew. It was really awesome and they gave me a really cool shirt! It has given me better memories to think of when I am in my worse moments. It really made my day,” said Easton.

“It was our pleasure to host Easton and so good that he had a great time. I could see the smile on his face the whole time. He is a great kid,” said Bruce Hopkins, Lifeguard Coordinator.